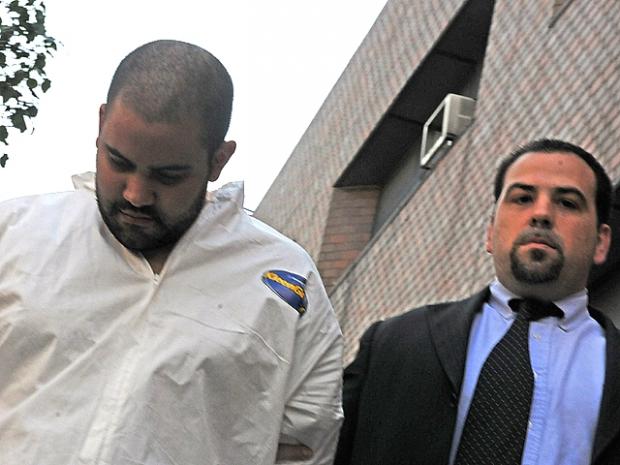 Michael Pena, now 32, had been off-duty on the morning of Aug. 19, 2011, when he pulled his loaded and police-issued gun on a young woman. The 25-year-old was on her way to her first day of teaching in the Bronx, when Pena pulled her into the courtyard of an Inwood apartment building and raped her.

Prosecutors broke down Pena’s assault into three separate offenses in his indictment, with each carrying a 25-year sentence.

Pena appealed to the New York Court of Appeals, the state’s highest court, after a lower court upheld his sentence in 2015, rejecting the ex-cop’s claim that this punishment was unfairly multiplied.

Pena’s lawyer Ephraim Savitt has emphasized that his client’s penalty is 63 years longer than the average rape sentence. “If that disparity is not cruel and unusual, then perhaps there’s no purpose to having the Eighth Amendment on the books any more,” Savitt said in a phone interview on Tuesday.

In unanimously upholding Pena’s sentence this morning, the Court of Appeals noted that the Pena’s counsel did not invoke alleged violations of U.S. and New York Constitutions.

Deuce Know Best the movie, travel with Deuce Dutch, as he jouney from not being allowed in Dyckman Park, to becoming the face of the champions of it. In the documentary detail the trial and tribulations, Deuce, not oly, acknowledge, but over came.
Price: 2.75